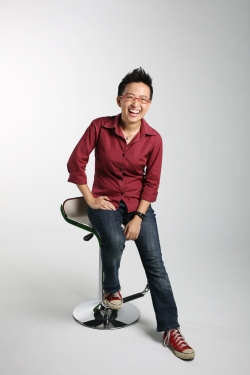 Shuling Yong is a Singapore-born, Chicago-based award-winning documentary filmmaker, DP and Location Sound Recordist with a passion for social change. She has worked on films like Becoming (Netflix, 2020, dir. Nadia Hallgren), The Feeling of Being Watched (Tribeca/POV, 2018, dir. Assia Boundaoui), And She Could Be Next (Tribeca/POV, 2020, dir. Grace Lee and Marjan Safinia), Radical Grace (HotDocs, 2015, dir. Rebecca Parrish), In Time To Come (HotDocs, 2017, dir. Tan Pin Pin), and films by the award-winning Chicago media collective Kartemquin Films like In The Game (2015, dir. Maria Finitzo) and America To Me (Sundance, 2018, dir. Steve James).

Shuling was selected as a DOCNYC “40 Under 40” honoree, a NewCity Film 50: Chicago Screen Gem, is a Tribeca Film Institute program alum, a Kartemquin Films Diverse Voices in Docs Fellow, and a participating filmmaker at the Doc Society (formerly BRITDOC) Queer Impact Producers Lab, Docs By The Sea, the DocNet Southeast Asia Strategy Workshop and the KOMAS Video For Change Forum.

“Shuling is professional, patient, insightful, and a delight to work with. She has a great eye and a strong sense of story. Shuling brings a calm assuredness to any shoot and I look forward to working with her again in the future.”

While pursuing her degree in Radio/TV/Film at Northwestern University, Shuling founded Media For Social Change, a social enterprise dedicated to fostering positive community impact through video and audio storytelling.

She is currently based in Chicago and travels frequently doing freelance documentary work and speaking engagements.